The Military and Breast Cancer

Poisons in the drinking water at Marine Corp Base, Camp Lejeune, in North Carolina have been found as cause for abnormally high rates of leukemia and birth defects among its residents.  The period of contamination began in the late 1950’s and continued for over thirty years.  Benzene, a carcinogenic gasoline additive, trichloroethylene (TCE) and perchloroethylene (PCE) were all found to be present in the camp’s water.  In addition, the military has found unusually high rates of breast cancer among both men and women here, as well.  Researchers with the Centers for Disease Control are preparing a study that will try to determine whether contaminated drinking water at the Marine Corps’ largest base on the East Coast caused dozens of male Marines, sailors and family members to get breast cancer.

“Military people [both men and women] in general, and in some cases very specifically, are at a significantly greater risk for contracting breast cancer,” says Dr. Richard Clapp, a top cancer expert at Boston University. Clapp, who works for the Centers for Disease Control and Prevention on military breast cancer issues, says life in the military can mean exposure to a witch’s brew of risk factors directly linked to greater chances of getting breast cancer. *

A 2009 study, at Walter Reed Army Medical Center found breast cancer rates among military women “significantly higher” — 20% to 40% more likely to get the disease than non military women in the same age groups.

The reason for this…. military service brings with it a number of risk factors associated with the deadly disease. Among them:

— Radio emissions. A slew of studies have linked breast cancer with men and women working as radio operators, electricians, telephone repair people and other jobs involving exposure to electromagnetic radiation.

— Chemicals. Working with volatile organic compound — such as solvents, paints and exhaust.

— Toxic bases. Many of the worst Superfund toxic cleanup sites, often linked to all kinds of cancer clusters, are located on current or former military bases…like Camp Lejeune, N.C.

— Shift work. Researchers found those working the swing shift were 40% more likely to face diagnoses. They suspect the suppression of melatonin that comes with sleepless nights may also inhibit the body’s ability to fight off cancer-causing cells.

In recent years, breast cancer has been as brutal on women in the military as combat. While more than 800 women have been wounded in Iraq and Afghanistan; about the same number have been diagnosed with breast cancer.

“It is a well-documented fact that one of the highest forms of cancer among our service members and veterans is breast cancer,” says Rep. Leonard L. Boswell, D-Iowa. What’s not clear is why, he says. Since 1993, Congress has funneled more than $2 billion to fund research into breast cancer, including $120 million in 2012. **

While rare, breast cancer can also strike men, but is usually not seen in men under the age of 70.  Camp Lejeune has seen 80 male victims of breast cancer.

Evidence is being studied sighting chemical pollution as a contributing factor to their breast cancer.  The men are easier to study than women.  Their risk of developing breast cancer is not complicated by hormone replacement therapy, breastfeeding, reproduction or menstruation.  Epidemiologists conducting the study hope to be able to find conclusive evidence to support their theory.

Unfortunately, there are probably more bases out there with similar problems. 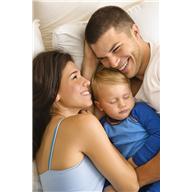 October is National Breast Cancer Awareness Month, a time to take a moment and review Cancer Prevention. Men have a 1 in 2 chance of developing some sort of cancer in their lifetime; while women’s chances are 1 in 3. Not the best of odds.

The American Cancer Society has made great strides sponsoring cancer research and promoting health education. Here is what is in your hands; what you can do to help yourself and your loved ones.
DON’T SMOKE. Lung Cancer is the number 1 cause of cancer death in the United States.
EAT HEALTHY. Maintain a lifetime healthy weight, eat a balanced diet, include lots of fruits and vegetables…and water.
STAY ACTIVE. Engage in physical activity. Walk and exercise most days of the week.
PROTECT YOUR SKIN FROM UV RADIATION. Avoid intentional tanning. Apply sunscreen regularly, year round, (SPF 15 or higher). Skin cancer is the most common form of cancer in the United States. 3.5 million cases of basal and squamous cell skin cancer are diagnosed every year. 75,000 people develop deadly melanoma skin cancer.

FIND CANCER EARLY. Learn what tests the American Cancer Society recommends, and when. Early detection is key, screening increases your chance for positive outcome.
This year more than 180,000 people will find out they have breast cancer, 43,900 will die from the disease. Early detection of Breast cancer minimizes the effect, and results in a 90% survival rate.
• Clinical breast exams, from your doctor; at least once every three years, age 20 – 39.
• Self exam monthly, noting any changes. Any lump found should be checked out by a professional.
• Regular Mammograms should begin at age 40, once every 2 years from age 40-49, annually thereafter.
Call 1-800-CANCER for more information.