Ovarian Cancer, Notes from a Survivor 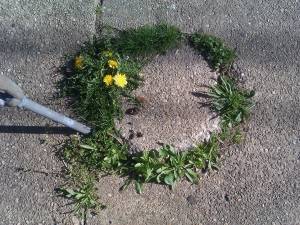 My new cause is Ovarian Cancer, which I can now officially say, I am a survivor of… and cancer free.
Please pass along what I wrote below. The statistics for deaths from Ovarian Cancer are horrific because it’s usually not caught in time. Many women think the symptoms are something else.

The most important issue is to know your body and how it NORMALLY works. Everyone gets constipated and has diarrhea from time to time. Certainly I do. Mostly it’s normal. If you have any of the signs for more than two weeks and that’s not normal for you, see your doctor. It doesn’t necessarily mean you have ovarian cancer. Catching this early is so important. My primary care physician and the gastroenterologist I went to both missed the signs. My colonoscopy was completely clean. My gynecologist was the visit that started the ball rolling. If you go to your primary care doctor with any of these symptoms, ask about ovarian cancer or just go to your gynecologist.

First I’ll start with my symptoms;
• I was constipated for a several weeks. I took many over the counter remedies. When I could go, a little, it was very painful.
• I became extremely bloated and thought is was because I was constipated for so much longer than I had ever experienced.
• I was more tired than usual.

Other symptoms of ovarian cancer
• Pain in the pelvic or abdominal area (below you stomach and between your hip bones)
• Vaginal bleeding or discharge that is not normal for you.
• Back pain.
• Feeling full quickly while eating.
• Besides constipation, diarrhea, gas, nausea, indigestion and urinating often if that’s not common for you.
• Unexplained weight gain or weight loss.

Family history is important because most often ovarian cancer is genetic.

Getting a CA-125 blood test, (which should be covered by most insurance), will give you a marker. Pap tests do not detect ovarian cancer. The CA-125 is not a guarantee that you have or do not have ovarian cancer. Again, knowing your body is the most important piece of this. Below is some information I took from the foundation of women’s cancers website. It’s a great website and the address is below.

THE FOUNDATION OF WOMEN’S CANCERS – foundationforwomenscancer.org
CA 125 is a substance found in the blood called a glycoprotein (a sugar associated protein). It is commonly referred to as a “biomarker” — or “tumor marker” — because it provides information about the biological state of a disease (ovarian cancer) and is obtained by a blood sample from which a level can be measured. But it is more accurately considered a “tumor associated protein” because elevated Ca 125 levels do not always indicate ovarian cancer and levels can misrepresent a biological state. For instance, Ca 125 can be absent when disease is present, or levels can be high when no disease or no malignant disease exists. In addition, two patients with the same level can have widely different disease burdens. As you’ll see or have personally experienced, this is certainly the case for ovarian cancer patients. Nevertheless, as a tool, serial changes in Ca 125 levels, if elevated, can be fairly representative of disease status and frequently very helpful in the assessment of women with ovarian cancer.

Normal tissues, including ovarian cells, pancreatic and breast cells, and the lining tissue of the abdomen and chest all make and release low levels of Ca 125. Since the Ca 125 test reflects the amount of protein (often called antigen) released into the blood stream from specific organs, conditions that “perturb the silence” change the test result. Ovarian cancer not only increases the number of cells that make Ca 125, but also perturbs or inflames the abdominal lining, which contains “normal” cells that make and release Ca 125. So, it’s not surprising that Ca 125 is elevated in ovarian cancer and in some other cancers in the abdomen. But other, non-cancerous conditions can elevate the Ca125 value, such as inflammatory conditions of the abdomen (diverticulitis, peritonitis, pelvic inflammatory disease, inflammatory bowel disease tuberculosis and pancreatitis), liver disease, recent surgery, and benign gynecologic conditions such as fibroids, endometriosis, ectopic pregnancy, or a ruptured cyst. In some situations, Ca 125 is even used to monitor the effects of treatment for benign conditions such as endometriosis. These other diagnoses must be considered in the interpretation of an elevated Ca 125 value.

Like Loading...
Tags: Ca 125, ovarian cancer, THE FOUNDATION OF WOMEN’S CANCERS
From: Health and Well Being
← Happy, Healthy Holidays!
Eating Locally, Changing the Way America Eats →
No comments yet