The power of You Tube – Oh My Vlog and Contemporary Design Inc. Get It.

You Tube and its impact on current affairs now has the ultimate mouth piece… Oh My Vlog magazine which launched today. Inside it has everything you need to know about your favorite YouTube vloggers – from Zoella to Tyler Oakley – and their fans.

Oh My Vlog and Contemporary Design understand the power of You Tube. Video and You Tube communicate in the most user friendly way…Excess-able to all, whenever and wherever you need.  Contemporary Design Inc. has now incorporated video as a learning tool for patients anticipating upcoming surgery, and explains the accompanying compression garments they will need. 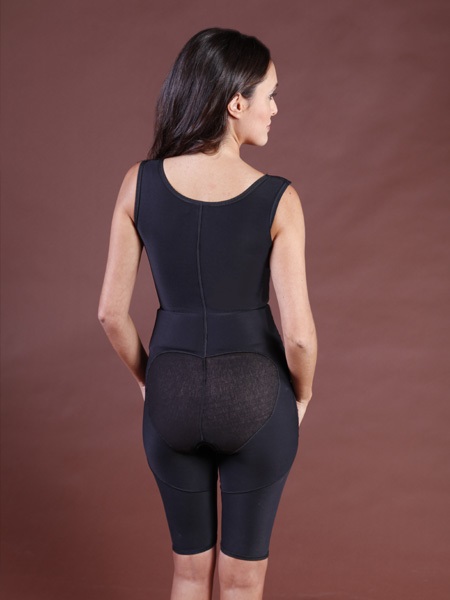 The proper Post-Op Recovery Item is a crucial element to The Brazilian Butt Lift Procedure.  Protecting the Fat just Transferred and sculpting the surrounding area are key to the soft uplift and definition you are after.  The New SC-320 Brazilian High Back Above-the-Knee Girdle from Contemporary Design Inc. features lightweight cotton over the gluteal area that provides coverage without compression and a built-in butt lift enhancement on the upper thighs. It also incorporates our exclusive Sculptures Liposuction Foam ™ above the gluteal area for enhanced reinforcement and contouring. This foam helps sculpt the small of the back – essential in creating perfect, voluptuous curves. 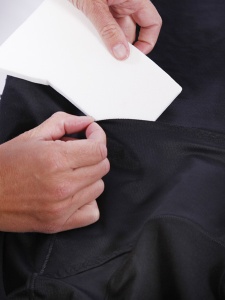 Sculptures Liposuction Foam ™ above the gluteal area for enhanced reinforcement and contouring. This foam helps sculpt the small of the back.

Features:
• Full body support from the top of the back, down the buttock and thigh area, and up through the mid-section while lifting under the buttocks.
• Open bust design.
• High back addresses troublesome “bra fat” areas and flanks.
• Hook and eye shoulder straps adjust for a custom fit.
• Open crotch design.
• Features hook & eye center closure for easy application and adjustability.
• Features our breathable Sateen fabric that is antimicrobial, self-wicking and the ultimate in comfort and control for an even, contoured fit.

Brazilian Butt Lift Recovery: Why Are Compression Garments Important? an informational video by Bob Basu, MD, FACS explains what a Brazilian butt lift is and why a compression garments is so important for recovery.

Therma Therapy – an Answer to Pregnancy and Childbirth Pain 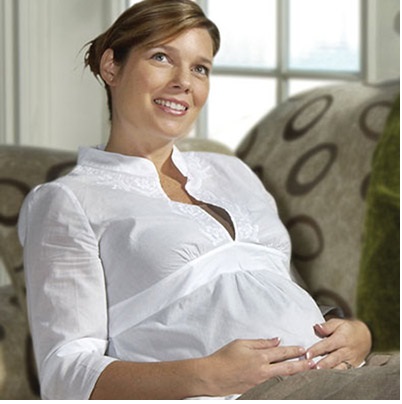 Contemporary Design, Inc. therma therapy is a natural way of dealing with Pregnancy and Childbirth pain.

Throughout history nurses  and midwifery staff have found therma therapy a natural way of dealing with Pregnancy and Childbirth pain.

Reduces pain to any tender muscles, neck hips and back (use cool or heated).

Safe, non-toxic, an alternative to analgesia for treating headaches.

For perineal pain and breast engorgement we recommend Contemporary Design Inc.’s Round Soft-sided gel packs, T-450 or T-460 because they remain flexible when frozen.

The skin must be shielded from direct contact. Twenty to thirty minutes should be the maximum time per area. If it is necessary to reapply, let the skin go to normal temperature or wait twenty minutes.

a)Held on-site by hand, t he soft sided gel pack is the ultimate patient-friendly cold therapy product!  Features one soft-sided surface that shields the skin from direct contact with the frozen pack.

b) Contemporary Design Inc.’s T-400, T-410, or T-430 can be inserting between clothing or inserted into sanitary napkins, giving considerable relief of pain and achieving faster

The Women’s 5K Classic and EXPO 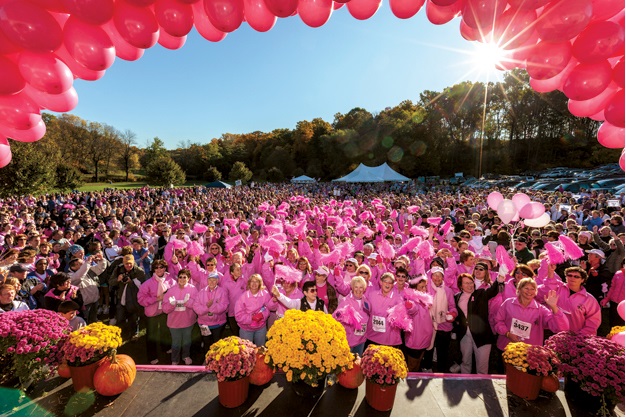 Like a boxer’s characteristic one-two punch, the Women’s 5K Classic and EXPO, seeks to deliver a knockout blow to the #1 most common cancer to be diagnosed among women: breast cancer. This multi-day event began back in 1993 by a community leader whose mother had received the life-changing diagnosis of breast cancer. Event founder Wendy Body walked along with some 250 other participants that year, and together they raised over $2,500 for the cause.

“Wendy wanted to do something positive and decided to reach out to her friends and start a race that promoted health and fitness and at the same time raised funds that would remain in our Lehigh Valley,” says race committee member Jane George. Since its inception, all funds raised at the Classic and the EXPO have gone directly to support those diagnosed with breast cancer locally. More than 5,000 participants registered for last year’s event alone.

October 16-18, 2015 — Back by popular demand this year is the addition of The PINK 16.2 Running Event, which is co-sponsored by Runner’s World, and is actually a half-marathon (13.1 miles) tacked on the next day for runners who seek an even greater challenge.

As has been customary, the EXPO, which seeks to help empower and educate women in matters of health and wellness, will be held the day prior on October 16. The 2015 Josh Early Candies Women’s 5k Classic Health EXPO will be held at St. Luke’s West End Health Center in Cetronia. The EXPO does an awesome job of combining educational opportunities with activities that are fun and informative, like healthy cooking classes, boutique shopping, chocolate sampling, mini facials and more.

The EXPO has certainly helped get participation up there, as has the reality that nearly everyone knows someone affected by the disease or has battled it themselves. Since 1993, more than $2.5 million has been raised and that money has stayed here in the Lehigh Valley. It is true there is strength in numbers and the good news is some of the numbers associated with breast cancer are getting better. “Each year the number of survivors grows and the number of years that our friends and sisters survive increases,” George says. And that’s an achievement that everyone who puts sneakers to the pavement can be proud of.